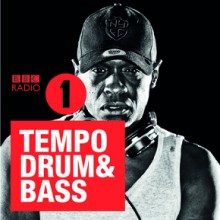 PRPLX consists of dj Fusion (Tempo) & Deepflow; both have been active in the Dutch Drum and Bass scene for almost 20 years. The last couple of years they have been working hard on finishing there debut album release on Tempo. Expect some deep, atmospheric quality Drum and Bass. To celebrate their debut album the first 50 visitors entering before 00.00 will get a free PRPLX mix cd, so early arrival is recommended! PRPLX tracks can be heard here: Soundcloud

A-Flex is a very talented Drum and Bass dj from Leiden and organises the massive Championsound events. Nowadays he’s the initiator behind a new concept called LBC (Leids Breakbeat Collective) and also one of the contributors for the dutch Drum and Bass webzine; Drumandbass.nl His dj style is energetic and dancefloor minded wich perfectly suits the end of another wicked Tempo night. A-Flex Facebook

Kapital Tempo resident and visual & motion artist extra-ordinaire! During daytime Kapital works on many visual projects and lately he’s busy working on the new Feedme visual motion show! During night time you can expect him around the decks, to bring you some warm melodic deep drum and bass to move your feet and shake your booty! Kapital Website

MC Dart (unfortunately MC Dan Stezo can not make it) but we found another highly qualified MC…Dart! This dutch Drum’n Bass and Dubstep MC has been on top of the dutch Drum and Bass scene from the beginning and can be considered Holland’s number one MC! Played alongside most of the big players in the scene nationwide and abroad. MC Dart Facebook

Visuals by VJ Lamroes, yes the one who brought you the nice visuals during the previous Tempo + night alongside headliner Aphrodite!