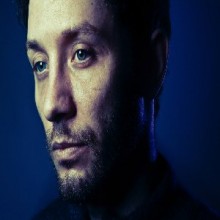 It’s been quite some time since we last had opportunity to speak to Commix. In fact, there’s also been a similar wait we’ve had to endure since the last release we saw from the upstanding d&b maestro. Lucky for us then he’s just about to drop a couple tracks on a new compilation for Doc Scott’s 31 imprint and rumour has it, he’ll will be releasing on a particularly noted label in the months to follow. So, as he prepares to join us for Bukem In Session this Friday, we sought to find out more about what’s in store and what he’s been to the past few months, grabbing an exclusive mix along the way…

First off how’s things? What have you been up to the past few months?
I’m great thanks! I’ve mainly been getting busy in my new studio. I’m going through lots of learning curves at the moment, getting my head around a more hardware based setup as well as working on lots of music so I’m happy.

You’re releasing a couple tracks for a new compilation on Doc Scott’s label. Can you tell us a little bit about that?
Yeah recently I’ve had the urge to write some drum & bass again. It’s been nice to have a break from it and to think about some new angles to come from with it. I’ve spent the last couple of years making all sorts of different music so it’s nice to come back to drum & bass with some fresh ideas. Hopefully that comes across in my forthcoming releases.

Why did you feel it was necessary to take a hiatus from drum and bass?
After we wrote our LP, Call To Mind, both me and Guy felt quite exhausted creatively when it came to drum & bass. So it seemed natural to move away from that tempo, rethink how we worked and write some different music. We both instantly gravitated towards house and techno as it’s always influenced our music heavily.

What do you enjoy most about it?
Techno has a very different aesthetic to drum and bass so it’s been great learning new techniques after so many years making the same thing. 4/4 music is like an open book waiting to be explored which I find exciting.

Anything else in the pipeline release-wise?
Yeah, I have some drum & bass forthcoming on 31 records. I’m also putting together an EP for Metalheadz – due early next year. With my techno stuff I’m just about to release an EP on Trevino’s new label Birdie and a 10″ on Naked Lunch. I have some exciting projects in the pipeline that I can’t disclose just yet too!

Finally, can you tell us a little bit about the mix you’ve just delivered to us?
It’s just a collection of records that I’m feeling at the moment really. As well as some classic stuff that has always gone off when I’ve played them at fabric. There’s a really cool label from Berlin called Hidden Hawaii who are releasing some really forward thinking d&b so I wanted to showcase some of that as well.